Yep, it’s definitely been a while since my last post… I’m not saying I’m not lazy (because I am) but I DID have to move house, which pretty much ate up any painting time I may have had. The result was a tough struggle when I finally busted out the paints. Let me know if you see a progression from the bottom image (oldest) to the top one (just last weekend). I’ve got an even more recent painting from last night when I tried to capture the Fox Theater in downtown with Mike Dutton, but oil and scanner beds don’t mix. 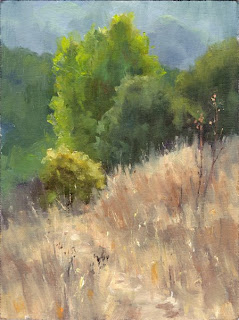 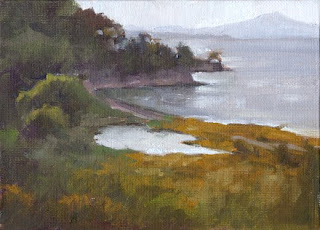 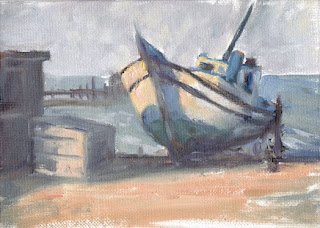 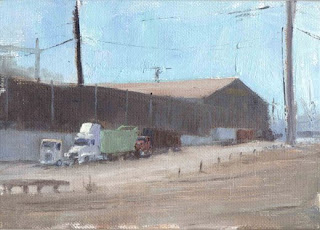 Schnitzer Steel @ the Port of Oakland 5x7 O/P
With the exception of the bottom image (at the Port of Oakland) these small sketches were done right at last light, which was a result of lack of planning, but the cool thing is that it really forces you to be focused. There's no time to let your mind wander, as you have to race to get your info down before you lose the scene. Even when the results are less than stunning, the process is exhilarating and a little liberating. More soon!